If you’re a PCB designer or design engineer, chances are you’re probably dealing with high-speed PCBs and their attendant issues. This book is a must-read not just for designers, but for anyone involved with, or confused by, high-speed PCBs: purchasing agents, salespeople, marketing professionals, recent graduates, etc.

This micro eBook is a compilation of columns written by Martyn Gaudion, CEO of Polar Instruments, for The PCB Design Magazine over several years. Martyn examines complex signal integrity challenges, modelling and measurement issues, transmission line theory, the effects of glass weave on signal integrity, and much more.

Martyn Gaudion is the managing director of Polar Instruments Ltd. He began his career in the early 1980s at Tektronix, where he was responsible for test engineering on high-bandwidth portable oscilloscopes. During his time at Tektronix, he gained widespread experience in PCB assembly and was extensively involved with the introduction of surface mount technology. In 1990, Gaudion joined Polar, where he was responsible for the design and development of the Toneohm 950, Polar’s multilayer PCB short circuit locator. He became marketing manager at Polar during 1997 as the market for controlled impedance test became a major section of Polar’s product range. He was appointed sales and marketing director in 2001 and CEO in 2010. Gaudion also writes occasional articles for a number of PCB industry publications, and regularly contributes to IPC’s High-Speed High-Frequency standards development activities. Gaudion is a chartered company director and a fellow of the London-based IoD (Institute of Directors). In 2016, he was appointed vice chairman of the European Institute of Printed Circuits (EIPC).

Polar Instruments specializes in designing EDA and measurement tools which simplify the design, fabrication, testing and specification of high-speed printed circuit boards (PCBs). Polar’s innovative product line includes the industry standard Controlled Impedance Test System (CITS), which provides the global PCB industry with an easy-to- use test system for high-speed digital and RF boards, as well as class-leading tools for fast and accurate design and testing of impedance and insertion loss controlled PCBs. Polar Speedstack is the layer stack-up design and documentation tool of choice for many designers, fabricators and PCB technologists. Established in 1976, Polar Instruments now has operations and long term channel partners in the US, UK, Europe and Asia Pacific.

This book has been technically reviewed by the following experts in the PCB industry. 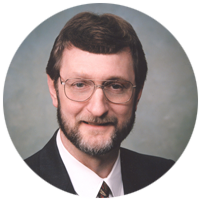 Print-on-demand paperbacks are available for this title. Click below to order from our distributor.

What Our Readers Are Saying

The Printed Circuit Designer's Guide to... Secrets of High-Speed PCBs, Part 1 pulls back the covers to illustrate the practical principles behind many of the confusing topics that arise in the overlap between manufacturing, materials, and signal integrity performance.

This book offers the greatest benefit to design and procurement people by helping them understand what can realistically be achieved in the final product.

A nice summary of many of the issues that engineers have to work through, without overly complicated formulas and details. 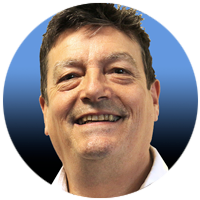 Personally, I am glad there are two parts, because I found the first part to be well written, with an open, expansive style that allows the reader to get a better understanding of trace and printed circuit board geometry.

Personally, I am glad there are two parts, because I found the first part to be well written, with an open, expansive style that allows the reader to get a better understanding of trace and printed circuit board geometry. Having a second part means this will be further dealt with, with some focus on the handheld product range, which have a very difficult set of issues to overcome regarding signal integrity. I particularly like the section entitled, “When is a 10GHz Transmission Line Not a 10GHz Transmission Line?”. Having experienced on numerous occasions the kind of spin that Martyn alludes to, I found Martyn’s explanation accurate and pleasing to see in a handbook of this kind. Martyn and Polar have explained the pitfalls of understanding that can occur.

All in all, a first rate “how to” booklet.

Rick Hartley is the principal of RHartley Enterprises, through which he consults and teaches internationally to resolve noise, signal integrity and EMI problems. Hartley’s focus is on the correct design of PC boards to prevent and solve problems. His design career has focused on circuits and PC boards for computers, aircraft avionics and telecommunications. His consulting efforts have also focused on the automotive and appliance spaces. Hartley has a degree in engineering from Ohio Technical Institute and 51 years of experience. He has dedicated the past 40 years to PC board and circuit development with emphasis on control of noise, in digital, analog and RF circuits. Rick is a member of the IPC Designers Council executive board, and past national chairman of the Designers Council. Rick has written numerous technical papers and articles on methods to control noise, EMI and signal integrity.

Eric Bogatin is currently the dean of the Teledyne LeCroy Signal Integrity Academy. Additionally, he is an adjunct professor at the University of Colorado – Boulder in the ECEE department, where he teaches a graduate class in signal integrity and is also the editor of the new journal Signal Integrity Journal. Bogatin received his BS in physics from MIT, and MS and PhD in physics from the University of Arizona in Tucson. He has held senior engineering and management positions at Bell Labs, Raychem, Sun Microsystems, Ansoft and Interconnect Devices. Bogatin has written six technical books in the field, and presented classes and lectures on signal integrity worldwide.